Prof. Nevzat Tarhan was born in Merzifon in 1952, graduated from Kuleli Military High School in 1969 and Istanbul University Cerrahpasa Medical Faculty in 1975. After the GATA internship as well as Cyprus and Bursa military continent service, he became a Psychiatrist in GATA in 1982. He became an assistant professor (1988) and associate professor (1990) in GATA Haydarpaşa after serving as a doctor in Erzincan and Çorlu Hospitals. He served as a clinical director. He became Colonel (1993) and Professor (1996). He was an academic member at Yuzuncu Yil University and an expert at the Forensic Medicine Institute between the years 1996-1999. He retired at his own will. In 1998, he was the representative of Turkey in the Memory Center of America. He founded the NPISTANBUL Hospital in 2006 and the Uskudar University in 2011 by donating all his assets.

Prof. Nevzat Tarhan is a scientist who has carried the results to his personal and social life, where he has transferred his knowledge of psychiatric expertise, which he has pursued over the years with great effort and with over 150 research articles, 135 research articles from them have been published in national and international refereed journals, more than 50 of which are index WoS journals, 50 books, and book chapters. Because of his works presented in visual and written media, he has reached an amount of one million audiences in Turkey. Some of his books have been translated into Bulgarian, Indonesian, Persian, Albanian, and Azerbaijani languages other than English.

Prof. Dr. Tarhan carries out his work with great seriousness and precision. The main factor underlying his diligence and success is his philosophy of life and his supramind (metacognitive, spiritual) perspective. His view of life, which is not limited to the world and covers both the world and after death, stems from the awareness that he is in the presence of his Creator while performing every work. This means that his beliefs based on research, observation, and proof are presented to the readers by taking science in the testimony of the Universe and by establishing the connection with the characteristics of Allah reflected in the Universe. He is one of the rare scientists who succeeded in explaining Religion and Science in a supportive way. In addition to succeeding in reducing the identity of the scientist to his life, he undertakes the duty of carrying, transferring the truths he learned to others.

The source of the foundations of this different perspective is the Quran, which has guided his life since his youth. Like young people who question the meaning and existence of life, he has questioned in his university years, “Incidental Existence, The Meaning of Life, Darwinism, Why there are Evil, The Need for Religion, The Psychology of Believing, Is there Life after Death?, How does one satisfy the Mind and Soul?”, and shared them with his readers by proving explanations from the Qur'an and proving them with scientific researches.

As Tarhan closely observes social life due to being a psychiatrist, he makes an accurate analysis of social life and touches on the importance of "Social Psychology" in every mass media platform.

Prof. Dr. Nevzat Tarhan, whose characteristics are not limited to what is written above, has always targeted investment in people and used his material-spiritual resources towards this direction. The majority of society also witnesses all of what he does. He expresses with his actions and deeds that he will maintain the same goals and beliefs until the end of his life.
He donated all of his income to the TARHAN - IDER Foundation, whilst his books have sold over 1 million copies. He speaks English and German. He is the father of two children. The family tree, dating back to 1400 years, was published in 2017 as a book.

Currently; he is executing the Founding Presidency of Uskudar University and by being the President of the Supreme Council of Management he is leading Turkey's first neuropsychiatry hospital NPISTANBUL Brain Hospital's Management Board Presidency duties.

Uskudar University, which he has founded by donating all of his assets without using any public resources and allocations, continues its activities as a "brain base" where future Nobel candidate scientists are raised with more than 23 thousand students. The University successfully represents our country in the world as the first and only Turkish university to participate in the G20/N20 Summits with the global perspective of Prof. Dr. Nevzat Tarhan and his team.

The presentations of the experts of Uskudar University and NPİSTANBUL Brain Hospital, led by Prof. Nevzat Tarhan, in the field of "Computational Psychiatry and Future Perspectives" at the 2020 congress of the American Psychiatry Association (APA), one of the most prestigious psychiatric associations in the world, were determined as one of the 12 courses offered by the APA to its members every month in 2021.

1.    "Best Researcher" award at the international congress on "Destructive Drives and Impuls Control" held in the Netherlands in 1991,
2.    "RTUK Best Community Program" award for his once-a-week Reasonable Solution program on TV in 2003,
3.    In 2005, the General Directorate of Family and Social Research of the Prime Minister's Office for his Psychosis program at SKY TURK was awarded for his 'Support for family education and preventive mental health service to the community’,
4.    "Golden Apple" award by Amasya Foundation for his contribution to the treatment of Turkish music in 2007,
5.    "Golden Tulip" award in psychology by Prof. Dr. Mumtaz Turhan Social Vocational High School in 2009,
6.    "Patient Safety Good Practice" award given by OHSAD and Patient Safety Association in 2009,
7.    "Congress Ambassador" award for bringing together many world-famous scientists in Istanbul with the ECNS Congress held in 2010,
8.    In 2015, ECNS/ ISNIP/ ISBET was awarded the "Presidental Service Prize" for his contributions in neurophysiology at the Clinical Neuroscience Congress in Munich, Germany,
9.    "Universal Brotherhood Call to World Peace" award in science and research by the Mawlana Supreme Foundation of the World Fraternity in 2017,
10.    In 2017, awarded by the Health Volunteers Turkey the "Social Responsibility in Health" award and by Hospital Manager Magazine for their original contributions to the health system,
11.    2019 "Golden Axon Leadership" award by SBMT Congress in Los Angeles, the USA in 2019,
12.    "Author of the Year" award within the scope of Istanbul University 1453 Awards in 2019.

(The copyrights of all the publishing books donated to İDER Foundation.)

3- Innovations in Psychopharmacology (1991) - Symposium book, Editor and Chapter Author, and the Monograph of Sertraline published from Pfizer İnc.

8- Family School, Reasonable Solution, Guidebook for Communication in the Family (2004)

15- Being a Conscious Youngster, Do Anybody Want to Understand Me? (2009) (translated into English)

22- Masnavi Therapy (2012) (translated into Bulgarian, Indonesian, Persian and as Rumi Therapy into English )

2006 - Chairman of the Board of Directors of NPISTANBUL Brain Hospital

1- Awarded with "Best Researcher" at the international congress on "Destructive Drives and Impulse Control" held in Holland in 1991.
2- Awarded with "RTGD Best Community Program" for television program called Reasonable Solutions conducted once a week on TV in 2003.
3- Awarded for his SKY TURK, Psikoyorum Program on “Supporting Family Training and Prospective Community Mental Health Services” from Prime Ministry General Directorate of Family and Social Research in 2005.
4- Awarded “Golden Apple” by Amasya Foundation in 2007 due to his contributions to Turkish music in music therapy.
5- Awarded with “Golden Tulip” by Professor Mümtaz Turhan Social Vocational School, Psychology branch in 2009.
6- Awarded “Good Implementation of Patient Safety” by OHSAD and Patient Safety Foundation in 2009.
7- Awarded with “Congress Ambassador” in 2010 due to his effort to bring world-wide known scientists to ECNS Congress, Istanbul.
8- Awarded with “Presidential Service Prize” in ECNS/ ISNIP/ ISBET Germany Munich Clinic Neuroscience Congress, 2015 due to his contributions to Neurophysiology.
9- Awarded with “From Universal Fellowship to World Peace Invitation Award” in Science and Research branch by World Fellowship Union Rumi Supreme Foundation Universal, 2017.
10- Awarded with “Social Responsibility Award in Health” in 2017 by Health Volunteers Turkey and Hospital Manager Magazine due to his genuine contributions to healthcare system. Individual Award among Leadership award winners, 2019. 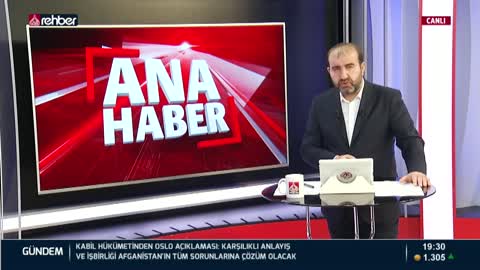 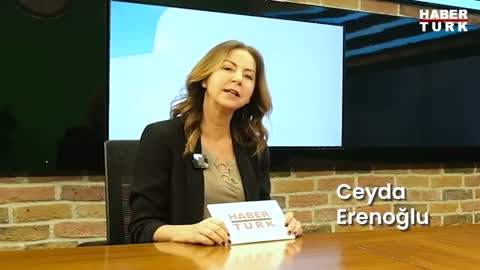 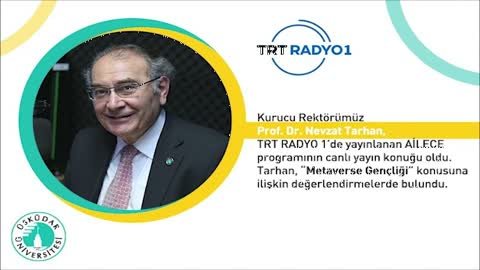 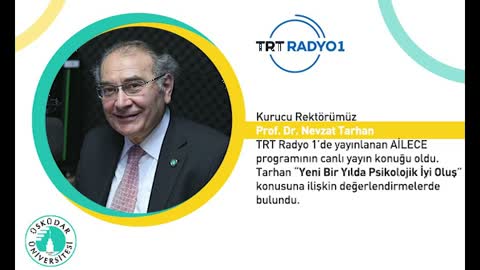 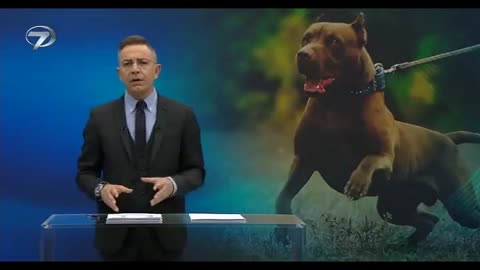 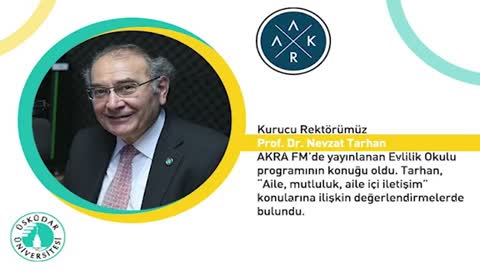 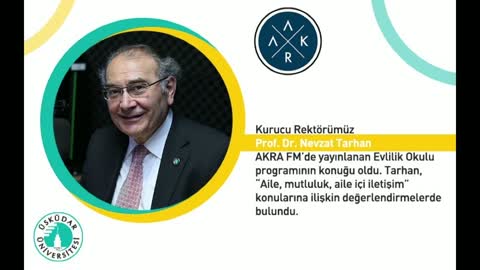 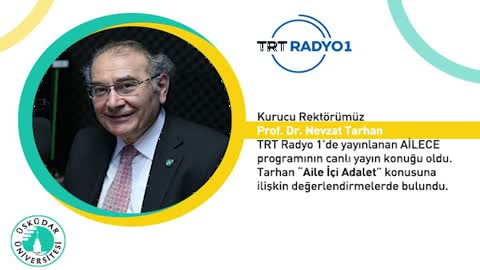 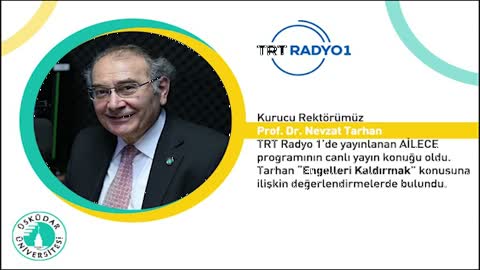 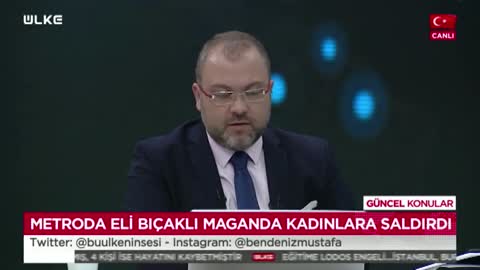 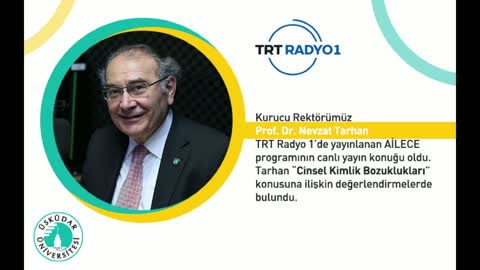