Prof. Norman Moore: “This hospital has taken the lead in the World” 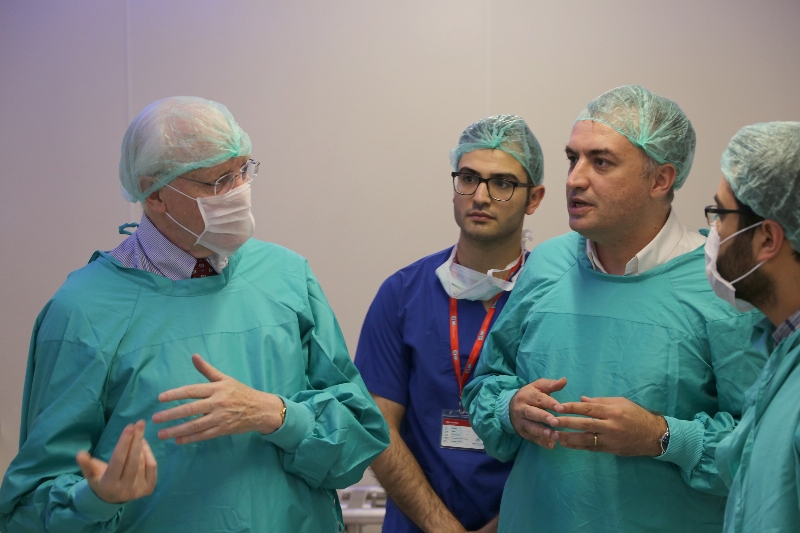 The well-known American Psychiatrist Prof. Norman Moore who received “honorary doctorate” from Üsküdar University, emphasized the importance of integrated treatment, Prof. Moore said that psychiatry should not be separated from other medical fields. Prof. Norman Moore stated “I saw all medical branches united at the NPISTANBUL Brain Hospital. There is everything here to make science. This hospital has taken the lead in this special issue in the world, I congratulate you on your success.

Üsküdar University Senate presented an “Honorary Doctorate” title to the famous American Psychiatrist Prof. Norman Moore due to his work in Neuropsychiatric and Electrophysiological studies in Clinical fields, showing his support to Turkish Electrophysiology, delivering his experiences to young colleagues in the best way, in addition to his contributions in the field of literature and executing important representational studies in the international arena. 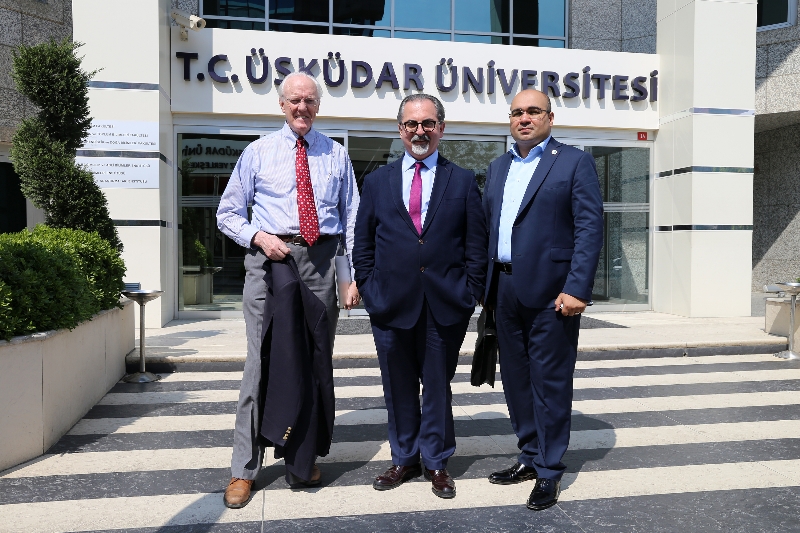 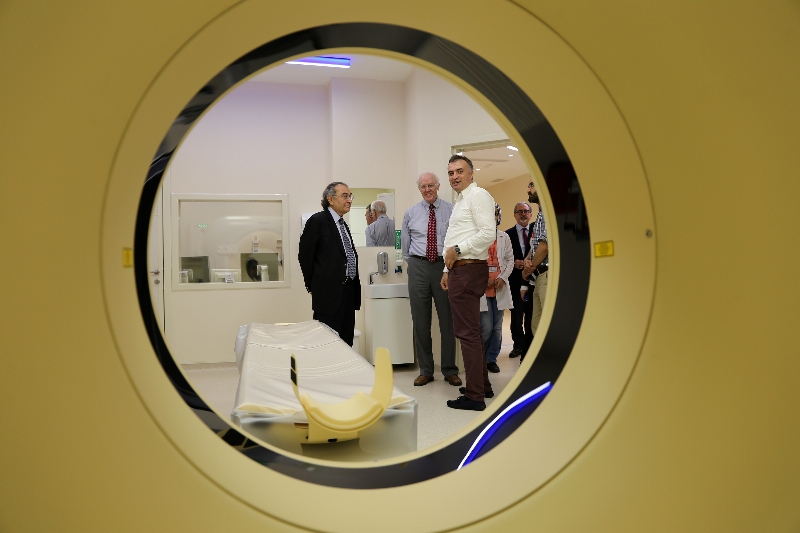 Prof. Moore: “I am very impressed from this hospital”

Before the ceremony Prof. Moore visited Üsküdar University and NPİSTANBUL Brain Hospital and after he stated that the treatment facilities in the hospital equipped with the latest technology are highly developed and also expressed that he very much liked the hospital in terms of technology and architecture. Prof. Moore, “I saw the previous hospital Prof. Nevzat Tarhan established and I have seen the same versions in England, America and Australia but this time of my visit, I see great improvement. Therefore, I can tell you that there is no equivalent to this hospital in the World. I am not only impressed by the scientific aspect but also the architecture of it. I have learned that the architect is Nevzat Tarhan’s sister.”

Before coming to NPSITANBUL Hospital, Prof. Moore stated that there was a meeting about TMU and he added “This has been the topic in the meeting. I think that functional MR can distinguish depression from its type, and from there it can be separated into depression types and continue with various chemical studies. I have seen here that functional MR studies are being carried out and I have told Mr. Nevzat that we can execute the same studies here that is already done. 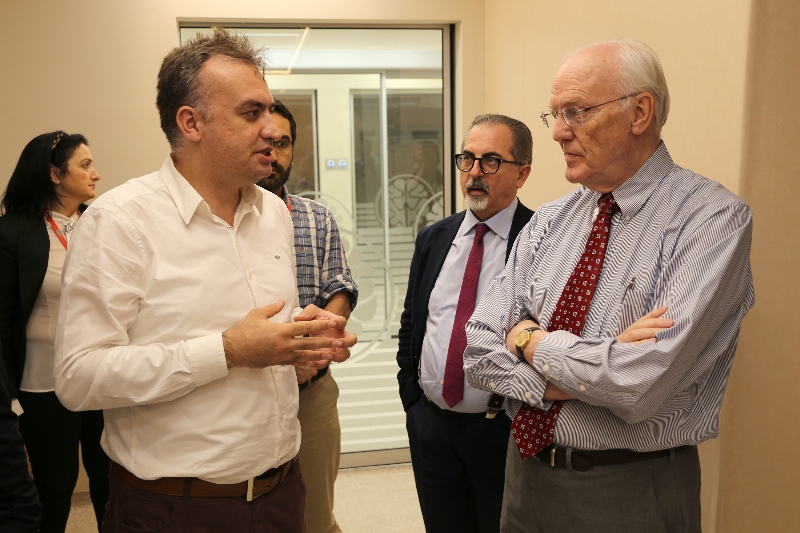 Prof. Moore: “There is everything in here to make science”

Prof. Moore stated that psychiatry should not be separated from other medical fields, Prof. Norman More referred to the importance of integrated therapy by stating that “I actually meant neurology when I said integrated, but here I saw that all the medical branches are united. When I teach psychiatry students, I try to tell more to those who do not want to be a psychiatrist because I think they will see more psychiatric patients than anyone else. The integration in this hospital is very important and the relationships have been adopted from every direction. There is everything in here to make science. This hospital has taken the lead in this special issue in the world, I congratulate you on your success.” 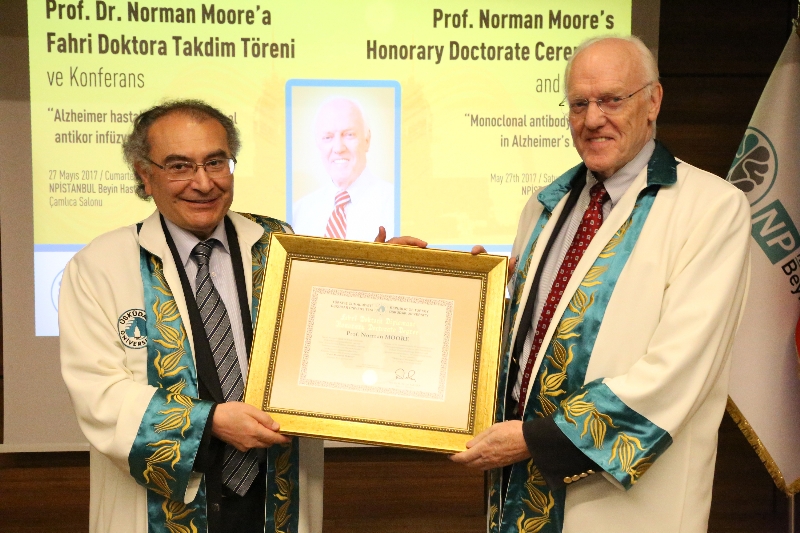 Who is Prof. Norman Moore?

Prof. Norman Moore was born on 1st of August 1938. He completed his undergraduate studies in Medicine at Queen's University, Ireland in 1964. He received his Doctor degree in the same university and received training in Psychiatry at the Royal Air Force, London. Prof. Moore attended the program for Advanced Training in Biomedical Research Management in Harvard School of Public Health. Prof. Moore holds four honors from American Psychiatric Association and Royal College of Psychiatrists. He also received the awards of “Mental Illness Research”, “Exemplary Psychiatrist”, “Distinguished Researcher of the Year” and “Recognition for Excellence in Medical Student Education”. Prof. Norman has taken part in the management of several professional associations. He was the scientific advisor for “Numology” and “Neuronetrix” biotechnical companies. 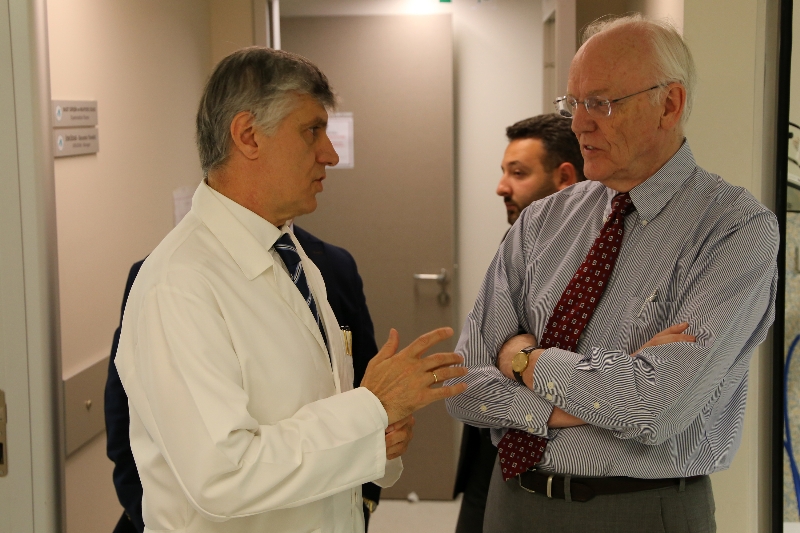 He was the Chief Editor of Clinical EEG and Neuroscience, and served as a member of the editorial boards of “Journal of Primary Care Psychiatry”, “Clinical EEG and Neuroscience” and “International Journal of Neural Systems”. Prof. Moore who has written about 98 articles so far, is currently Professor and Director of Research in the Department of Psychiatry at East Tennessee State University in America.