Prof. Nevzat Tarhan: “Science should be widely-introduced to the Society 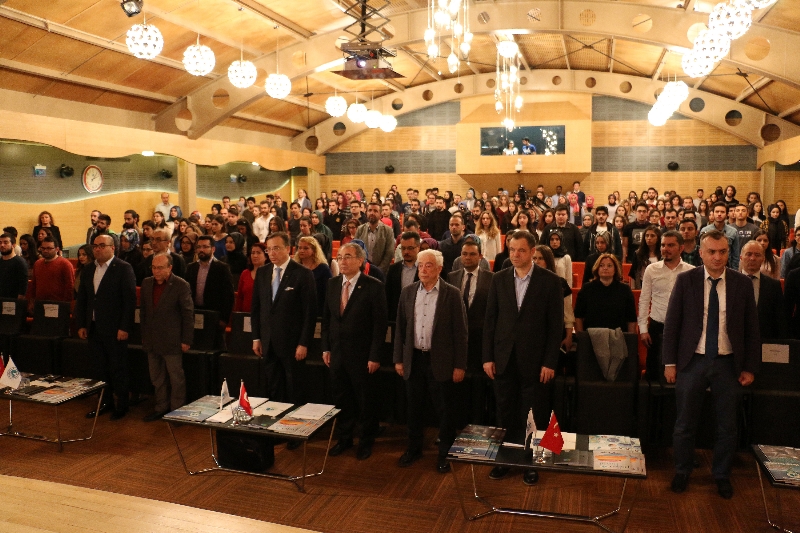 Üsküdar University initiated BrainPark company in order to support entrepreneurship and commercialization. BrainPark’s target is to support young entrepreneurs in their start-ups, identify their promising ideas and pave the way for their ideas. As Prof Nevzat Tarhan noted that all inventions which changed the World started with a dream, he advised the young entrepreneurs to always dream.  Prof Tarhan shared that the intent of establishing BrainPark is to popularize science and widely-introduce it to the society. 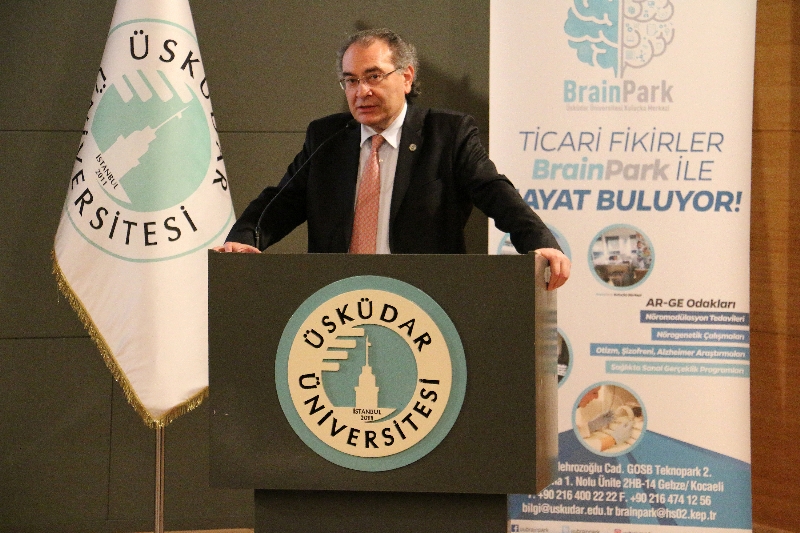 Prof. Nevzat Tarhan: “Science should be widely introduced to the society”
Prof. Nevzat Tarhan introduced the idea that in the century we live in, countries power has direct correlation with the knowledge they attain and knowledge has substituted financial and physical power.  Prof Tarhan stated “What makes countries advanced, is the productive ideas produced in their universities and how they are implemented into manufacturing. There is a great deal of deficiency in our country about this issue. We asked ourselves how we as a University can contribute to this matter. Universities have duties to conduct R &D and inform the societies about the improvements. Science should be popularized and introduced to a society within that level. It should create excitement within the people so that science can turn into commercialized products. That’s why the foundation of BrainPark is constituted.”

Establish companies and actualize your ideas
While Prof. Nevzat Tarhan told the young entrepreneurs that there are various innovations that are waiting to be actualized, he also stated “There may be discourses that may dull your hopes. Never mind to this. Our young friends should always generate projects. Today, universities around the World gather information about their graduates to learn where they work and if they form any companies? BrainPark will be a prideful Project in our part. Establish companies and actualize your ideas. In BrainPark, students can work here without making any payments and actualize their dreams.

Youngsters should combine realism, idealism and activism…
Referring to the importance of dreaming, Prof. Nevzat Tarhan told that all innovations origin from dreams and continued “A human should always dream even if it may seem nonsense. Innovations arise from dreams. How did Archimedean screw and Newton appear in history? They all dreamed about what could have been innovated. Newton didn’t leave Cambridge University for two years as there was a great plague and he studied physics, chemistry and dreamed a lot. Newton found about gravity when he was sitting under an apple tree one day. That’s how innovative ideas come to life. Youngsters should combine realism, idealism and activism. When these three factors come together, dreams turn into products. 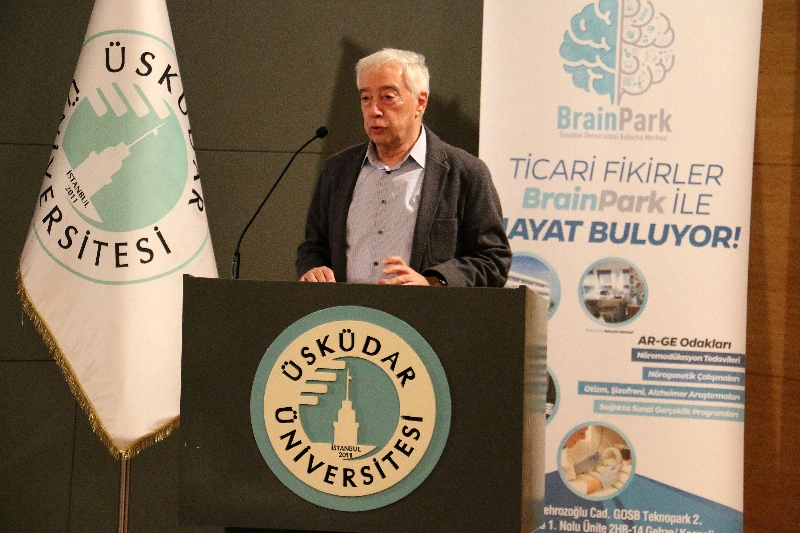 Dr. Emre Aksan: “Work hard in this tough journey and never give”
GOSM Teknopark General Manager Dr. Emre Aksan stated that Teknopark’s biggest issue is to not being able to find qualified employees.  Dr. Aksan also added the fact that there are about 64 Teknoparks in Turkey and that students should never confine themselves with a four-year education and never give up in this tough journey. 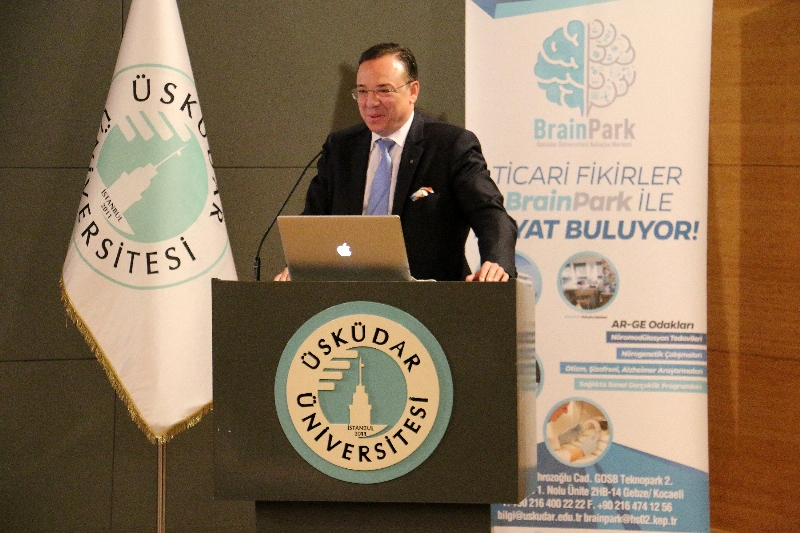 Assoc. Prof. Barış Metin: “We want to speed up the products to turn into reality.”
BrainPark Director Assoc. Prof. Barış Metin stated that BrainPark is a company established by Üsküdar University and welcomed young entrepreneurs to implement their ideas in BrainPark as they are supported greatly by the management.
Aslanoba Capital Chairman of the Executive Board and General Manager Hasan Aslanoba gave a speech on “How to get support of Business Angel?” and founder of Young Guru Academy Sinan Yaman shared his experience on “Entrepreneurship and Leadership”.
The program which was presented live on Üsküdar University TV, finished off by giving plaques and photos were taken at the end. 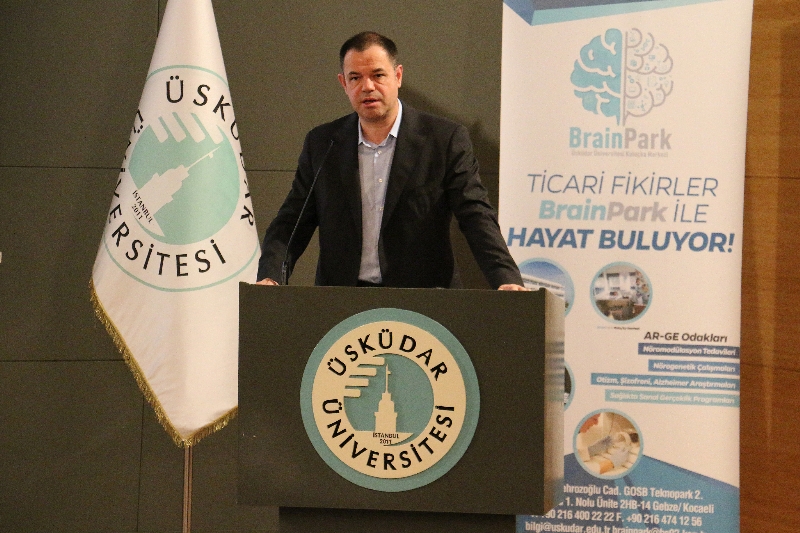 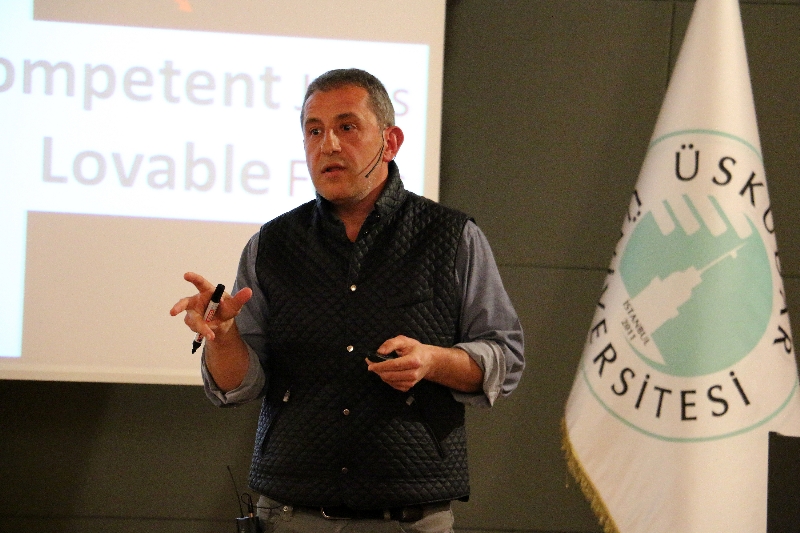